BlaBoo is a word study app for baby/children that combines the word blah blah with the word boo.

baby/children see the illustrations and if they touch them, the app reads the word with sound.

actually, there are many word study applications for baby/children. the main focus of this app is the following.

living in a foreign country, I looked for many apps to teach my child foreign language and mother tongue, but there were few apps that provide multiple languages in one app. I found the problem and I have a skill to solve it so I decided to make it.

this is how I define MVP(Minimum Viable Product) and I’ve sketched the app to design user’s movement in the app. 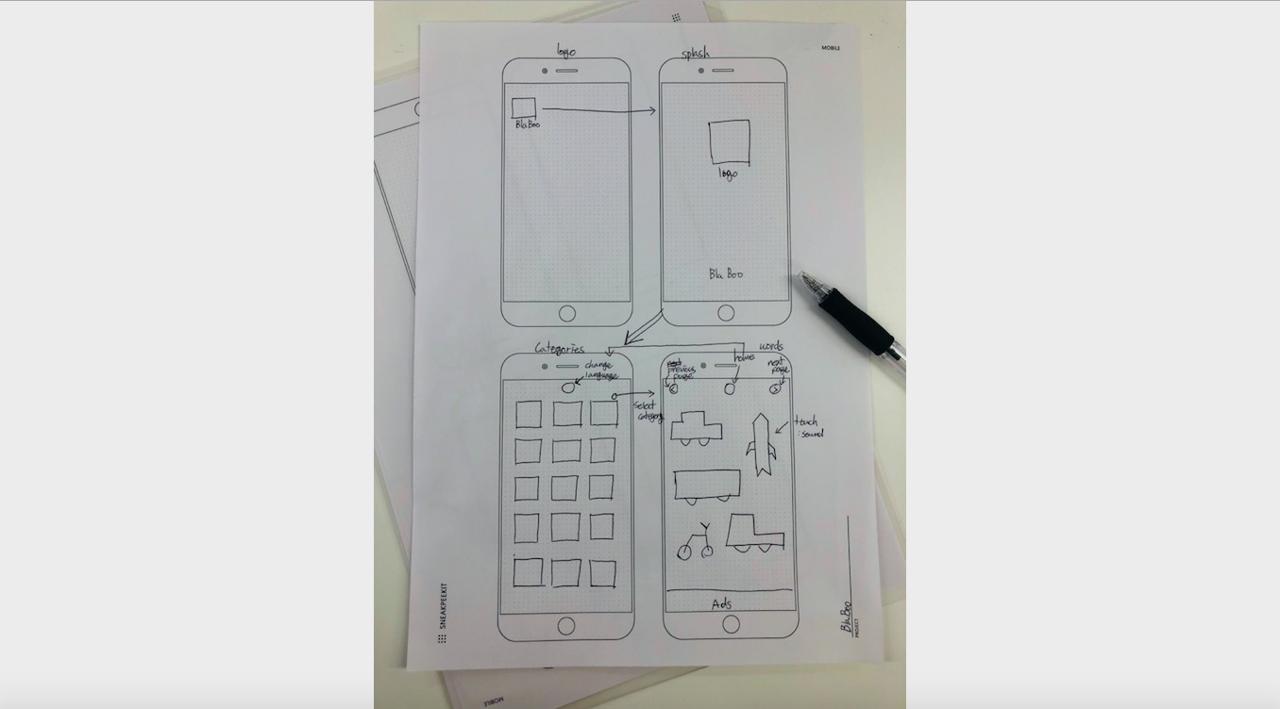 I’ve downloaded the sketch template in below site.

since I made an app as a hobby alone, the planning is not that big. goal, target, business…put them in and just thought simple features and rough sketch. even so I have tried to make my own hypothesis and list what to do, but I am not sure if I should call it a planning. 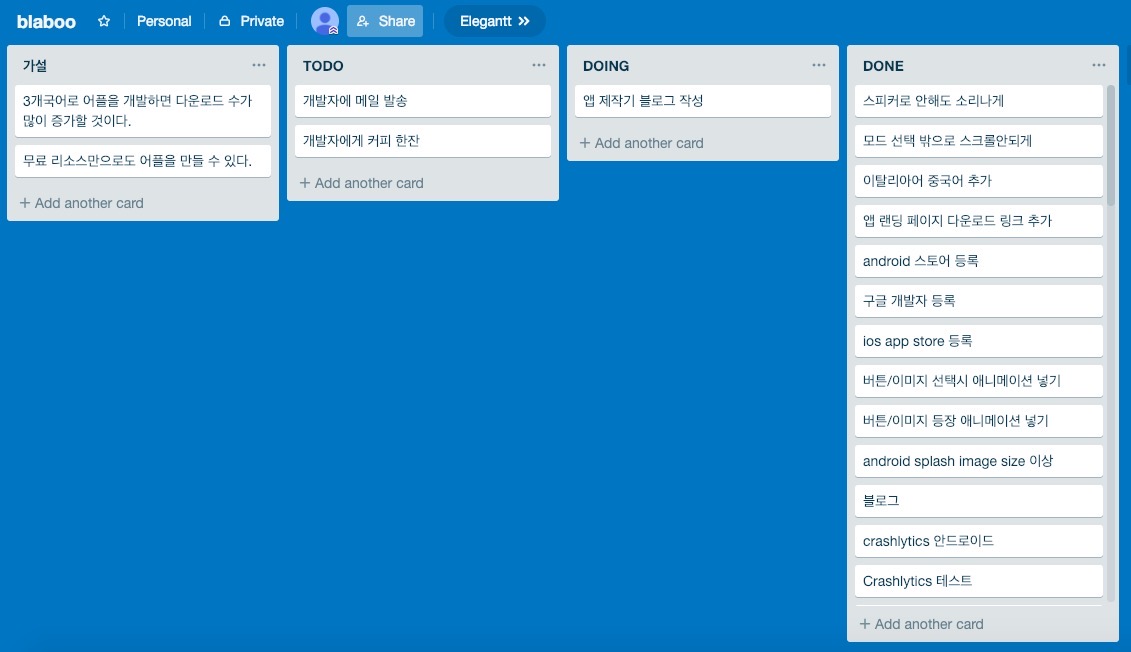 I’ve designed the app based on above planning. I’m not a designer so my design is not so pretty. however I can decide basic color and concept of the app.

I’ve used sketchapp for the app design and donwload the illustraions from freepik. 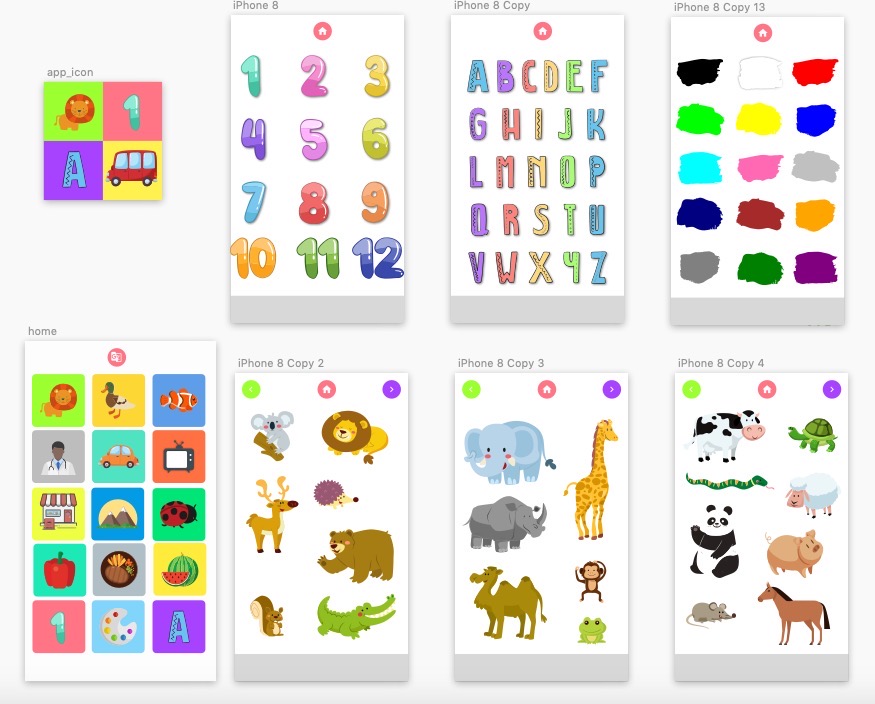 of course, I’ve used RN(React Native) for the app development. one developer can make iOS/Android app same time, and learning curve is not high like learning Swift or Kotlin because of javascript. BlaBoo is based on RN(React Native) and typescript.

I’ve use react-native-tts to implement TTS(Text To Speech) for developing voice feature which is one of MVP(Minimum Viable Product) feautes.

finally, I use Google Firebase to analyze the app and use Google Admob for the advertisement. I use react-native-firebase for these features.

I’ve written the journal like above, after all, it seems like there was not much to do except bring and implement open source. thanks to make beautiful and useful open source. to develop the app was not difficult because I used awesome open source and reusable component. just, gathering the illustrations and words took a longer time than developing. 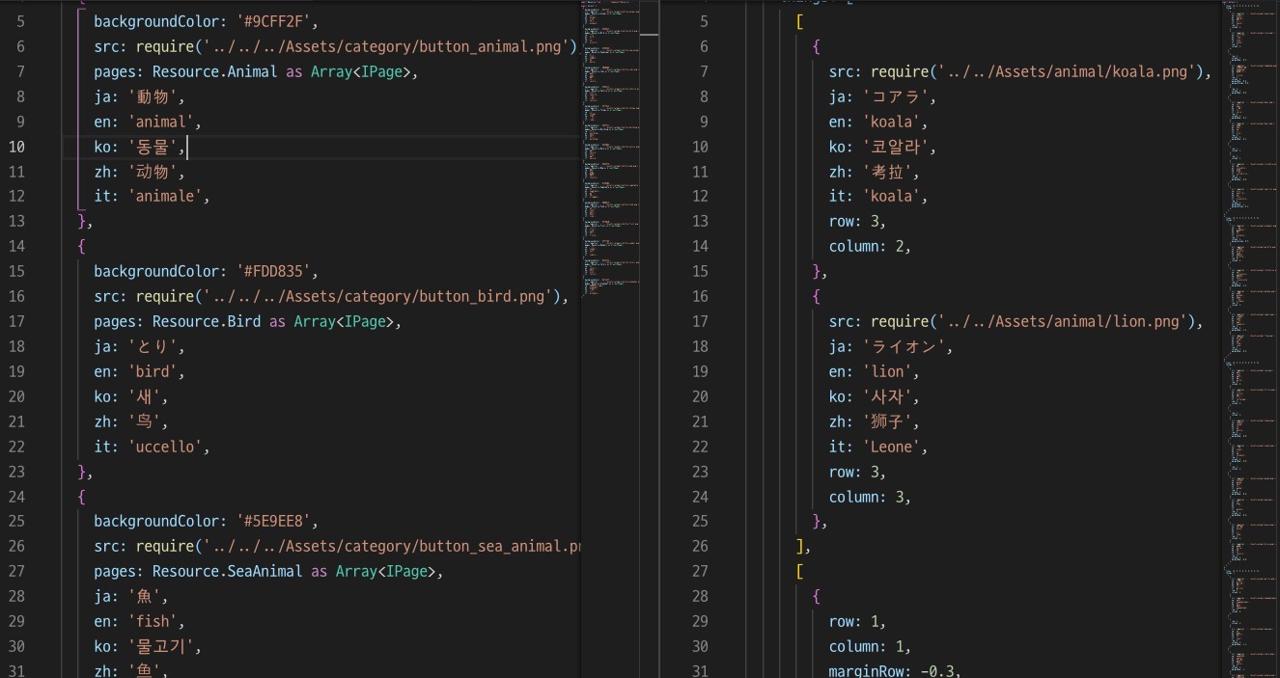 so BlaBoo MVP(Minimum Viable Product) is completed. I thought I would register and download the app soon after development, but the process of registering the app took a long time.

Apple App Review took a long time because of reject the app by many reasons. my app was rejected on Android because my app is for children but I didn’t select Designed for Families program option

and Apple strict App Review. my app was rejected 5 times. I felt not to register. at that time, I really wanted to stop to register. and final rejection reason was my app doesn’t have user interact, so Apple App store doesn’t need my app.

OMG. at first, I appealed to Apple like “my app has more categories than this app. my app has more words and multiple language feature than that app.” but they didn’t approve it easily. rather, if I think other apps are in violation of the app store, report them…but how do I report them those developers have made with many efforts…so I added an weird feature unlike origin plan. 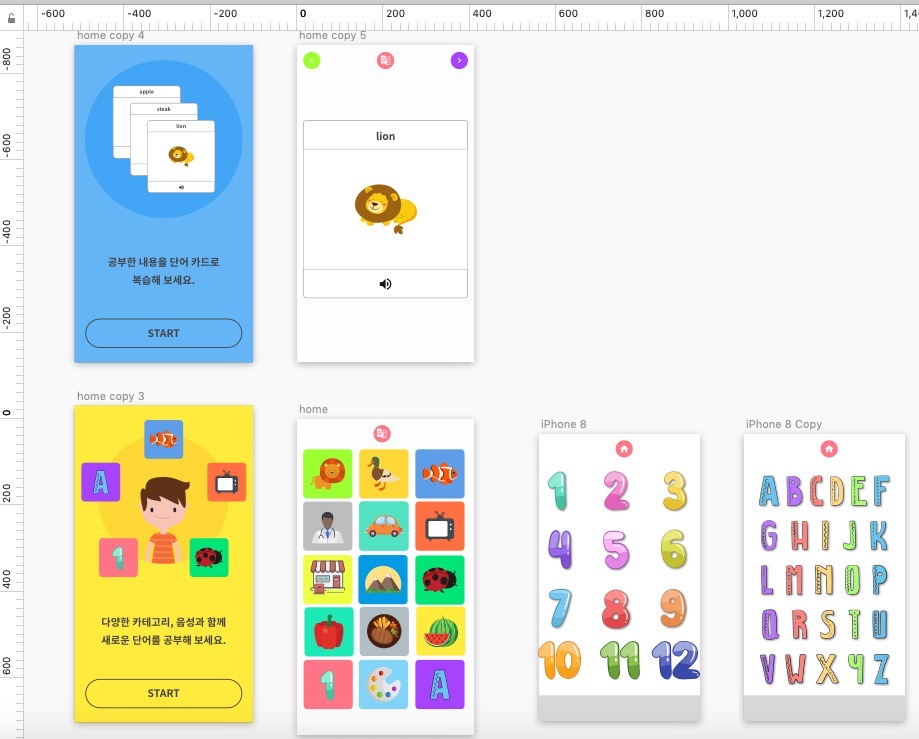 I’ve added review feature which baby/children can review words studied in categories by card type. the feature is to display 20 cards randomly, and swift left or right to review.

this feature is not at first plan and it is made for approving App Review fastly by designing 1 day and developing 1 day, so it looks like weird in the app. still I think BlaBoo is two apps in one app. however BlaBoo was approved safely App Review after adding this feature.

there were many things, but I could release the first app safely. maybe, this app looks like not to have enough features, but this app’s purpose is not to gather many users for getting money, just I want to use for my child and for developing an app with RN(React Native).

looking back, it took more time to design and to gather the illustrations than development. development took almost 1 week… I saw RN(React Native) development performance.(thanks developers who make many open sources.)

well, TTS(Text To Speech) voice is not friendly. and there is wrong pronunciation. for example, TTS can’t pronounce spaghetti in Korean, so I changed it to pasta. if you want to donate voices, please send email or pull request.

I made BlaBoo support Japanese, English, Korean basically and app download is occured in China and Italy so I added Chinese and Italian. however, I don’t know Chinese and Italian so I used google translator. if you catch wrong Chinese or Italian, please feedback me. also if you want to donate other languages, please send email or pull.