I’ve made and released the fairy tale picture book called Kumoncho by using RN(React Native). in here, I will introduce what I updated the app after releasing it. if you want to know how I made the app, check the link below!

before starting it, let’s see what Kumoncho is.

Kumoncho is the picture fairy tale book about the friendship and courage between prince Ikaros of the cloud kingdom and his cloud friend, Kumoncho.

already I’ve mentioned the problems in the development journal, this project was totally failed on UX. you can see the details about it via the link below.

lastly, my writer friend wants to be a Micro-interaction expert. so we’ve added animations to the app, that can be used in the work.

let’s see one by one.

however, Kumoncho is the children fairy tale picture book and has various layers that have fixed images. I didn’t consider the tablet so, I couldn’t make the app support the tablet easily beacause of the fixed images.

Kumoncho has the background layer, main image layer, other images layer and description layer like above. I manage these layers by object and implement these by using React components.

above is the part of the object that I used. as you can see, there are no options for the tablets. when I was doing refactoring, I tried to modify React components to distinguish smartphone and tablet. but that was not the fundamental solution, so I’ve done refactoring object.

Kumoncho is the children fairy tale picture book app, it can provide some features that the paper book can’t provide. one of them is the animation feature. I’ve added the animation that users(children) can be interested in the app more.

I’ve added the animations to each page, so you can see the book more interesting. I use lottie to implement the animation. if you want to know how to make it, see the link below.

as I’ve mentioned on the previous blog(Kumoncho development journal(RN, React Native)), this project was failed on UX. if users(children) read the book and quit the app in the middle of the book, they should re-read from first. so I’ve added the page change feature to solve this problem.

if users(children) double touched the screen, the page list is shown up and if they select the page, the page is changed.

the current app has two features, double touch and swipe the screen. some users can’t understand them easily, so when the app is executed for the first time, I’ve made the tutorial show up. 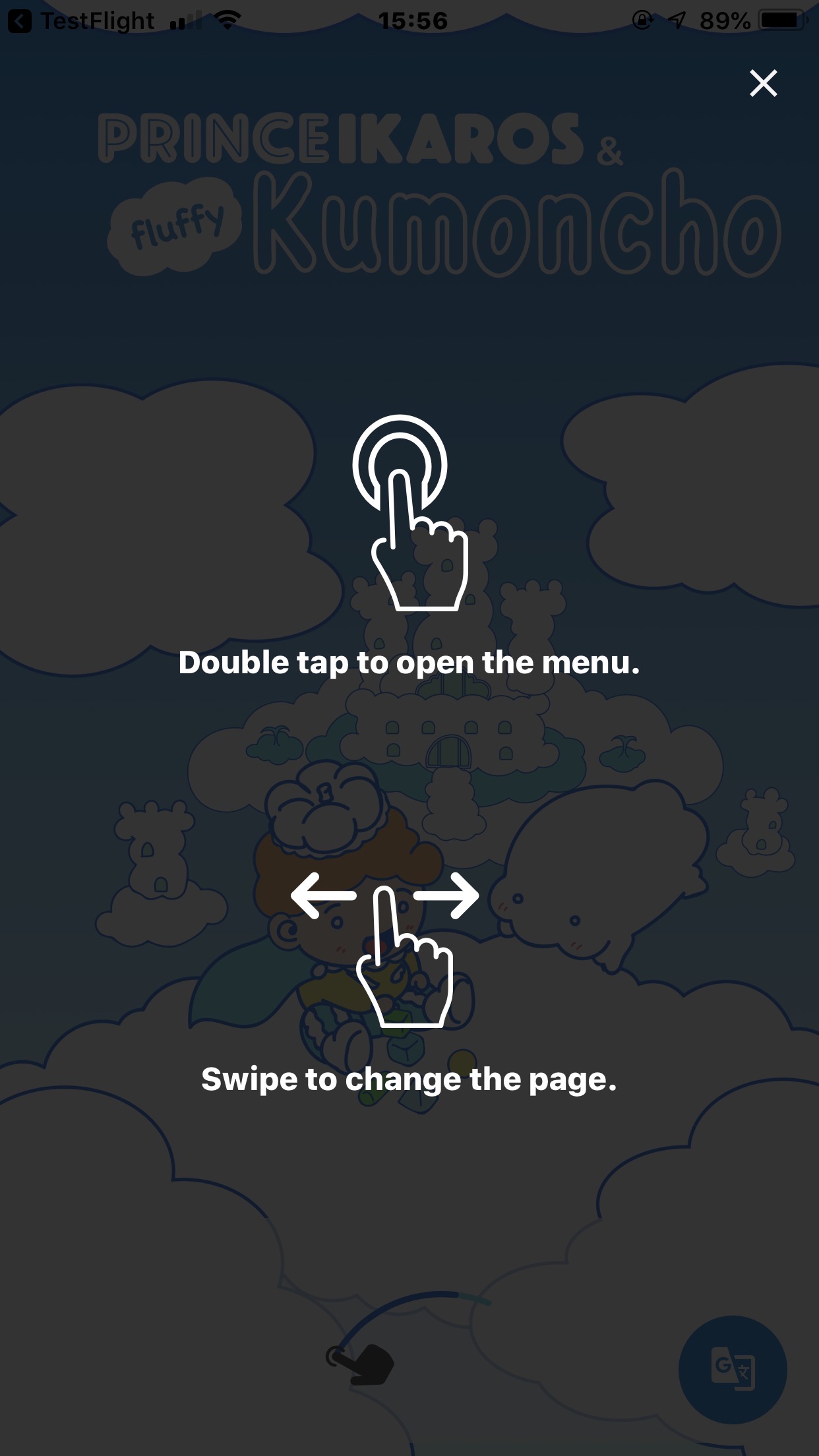 the problem always comes from Android. the simulator didn’t have any problem, but when I tested the app on Android device, I got OOM(Out Of Memory) error and the app was crashed. I’ve debugged and found the cause of the problem was lottie animation.

I used the animation with PNG images. I think lottie handles them on iOS and Android differently. now, I changed the image from PNG to SVG and the problem is gone.

if you use lottie for the animation, I recommend not to use PNG image type.

I think I make the app UX better than before via this update. also, users(children) can enjoy the app more, because of the animation. now I’m preparing the next fairy tale book app based on this project. if you have any idea or opinion about this app, please leave comments on below.