This blog post is a series. You can see the other posts on the link below.

You can see the full source code of the blog post on the link below.

Let’s see the code one by one.

This GitHub Actions name is Check the source code.

This GitHub Actions is executed when the main branch gets Pull Request.

This GitHub Actions has a Flow named Check the source code, and is executed on ubuntu.

First, get the source code from Repositoy.

And then, install the Node packages on the source code, and execute the npm scripts of Prettier and ESLint that we’ve defined before.

After modifying the file, execute the commands below to upload it to GitHub.

And the, open the ./src/App.tsx file and modify it like the below.

And then, execute the commands below to upload it to GitHub.

If you can’t commit because of husky and lint-staged that we’ve defined, open the ./package.json file and delete the code like below.

And then, execute the commands below again to upload the modified contents to GitHub.

After uploading to GitHub, go to the GitHub site, and click the Pull requests tab, and the click New pull request to create a new Pull Request.

When you click the Details on the right side, you can see the details of the GitHub Actions error. 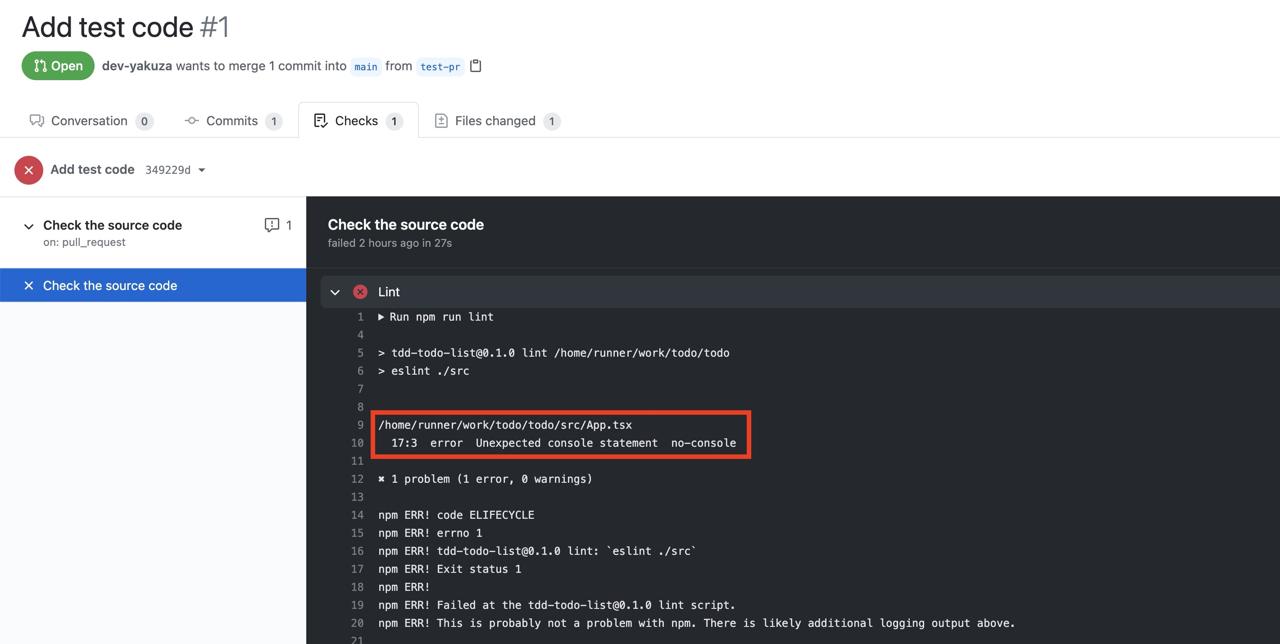 You can see the details about that one file doesn’t follow the ESLint rules we’ve set. Through this, we can know the GitHub Actions that we’ve set is working well.

Done! we’ve seen how to execute Prettier and ESLint by GitHub Actions. We can know the problems by husky and lint-staged, but all developers are not in same developmenet environment. Now, we can execute the Prettier and ESlint on the same environment created by GitHub actions to check the source code!